Festivals to Remember in Calamba 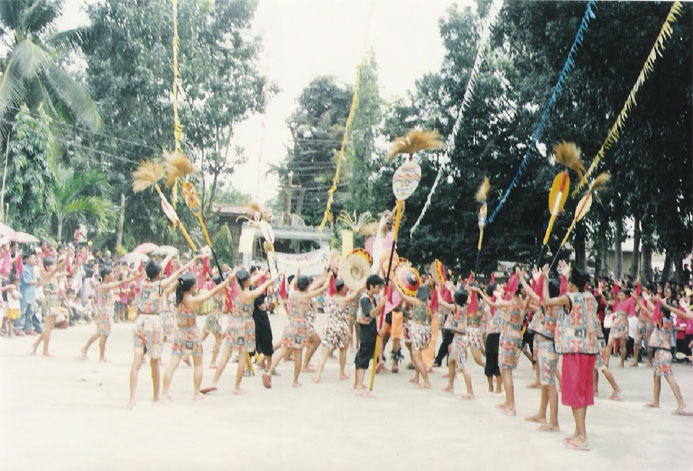 Calamba’s barangay, Southwestern Poblacion, celebrates SINULOG FESTIVAL annually (every second week of the month of January) in honor of Senior Santo Niño. During this momentous event, barangay officials together with parishioners, devotees, participants, guests and neighboring localities join forces in honoring the Patron Saint. Individuals wear varicolored attires and with them are small statues of the Saint while dancing to the beat of instruments.
Calamba like all other places “has the passion for festivities and celebrations”. The town observes the “Sinulog Festival” which is held every 3rd Sunday of January each year.  Sinulog is a religious festival honoring the Patron Saint, Sto. Nino.  It is spearheaded by the Roman Catholic Church and is celebrated not only by the townfolks  in the community but also people from the neighboring towns.  It is given life through street dancing by the different organizations of the Roman Catholic Church.  Participants clad in multicolored costumes dance to the beat of the drums praying and praising the Baby Jesus whose image is exalted and venerated. 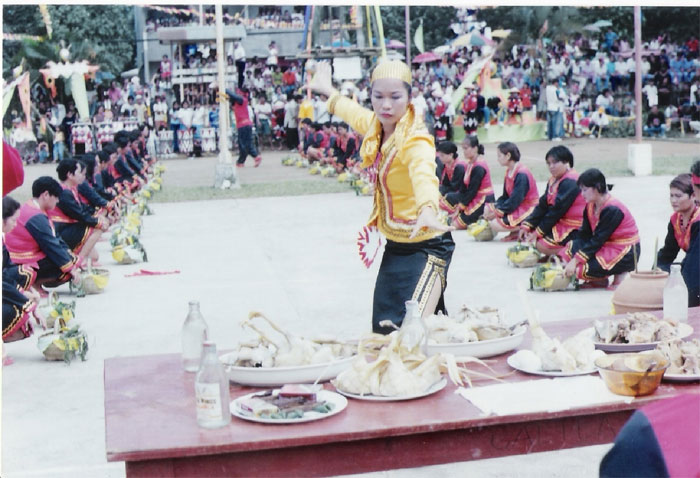 Calambahanons celebrate the Araw ng Calamba every 14th of February. In connection, an annual festival is being held called MENAJAK FESTIVAL. The word Menajak is a Subanen word that means LOVE. The festival features various presentations including streets and ritual dances showing the culture and tradition of the Subanen Tribes in the municipality. Dances are participated by college and highschool students of Calamba where they wear colorful costumes and dance to the rhythm of the Agong and drums. Also, the main highlight of this event is the search for Menajak Festival Queen.
“In the rural communities festivals and celebrations always take the center stage.” This is equally true with the Menajak Festival of Calamba, Misamis Occidental.  Menajak Festival gathers huge crowd of people who wants to witness the unique presentations emphasizing the cultural and social heritage of the indigenous people of Calamba. This is done every February 14th of each year as Calamba, celebrates its Foundation Day Anniversary.  Menajak is a Subanen term for the word Love and also for a simple reason; it is celebrated every Valentine’s Day.  It is imperative for the organizers of the festival to use the Subanen word because Calamba tries to preserve the cultural heritage of the indigenous people in the community. The Local Government Unit recognizes the Subanens as the original inhabitants of the municipality and bridges the cultural indifferences that exist among its constituents.
Menajak is not only a mere celebration that entertains however; it gives accent to a free interpretation of the Subanen dance steps and rituals. Participants in Subanen costume synchronize their choreographed movements to the rhythm of the gongs and drums.

Furthermore, during the 1st half of February, other activities are done everyday. This activities are Employees Night, Educator’s Night and Drum Corp Exhibition, Mob Dance, Hip-hop Dance and Singing Competition of elementary, high school and college students in the community.

FEAST OF PATRON SAINT ISIDORE is an annual celebration held every 15th day of May. Calambahanons give honor and devotion to our Patron Saint Isidore for blessing the locals a good harvest of crops and animals. During this time, schools are having their homecoming activities, individuals from afar are coming home to visit their family, relatives and friends. As May 15 approaches, activities are conducted during night to bring more color to the celebration. The most awaited event during the whole celebration is the search for Ms. Calamba Tourism, a beauty competition with a cause. This is carried out to show the youth’s power and involvement in the society by promoting Calamba’s best tourist attractions. 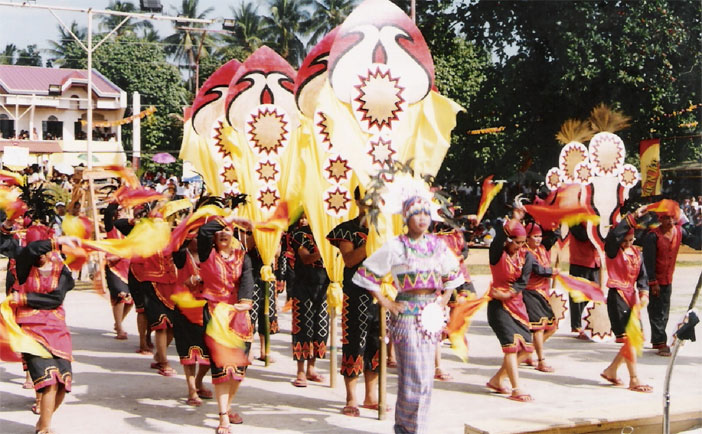 During Lenten season, solemn religious ceremonies are practiced by the two leading religious sectors; the Roman Catholic Church and the Philippine Independent Church, re-enacting the agonies and the sufferings of our LORD JESUS CHRIST.


Throughout the year, religious activities as well as other ceremonies are the usual practice during their respective annual fiesta celebration. Entertainments and competitions of various types are being conducted.

We have 22 guests and no members online