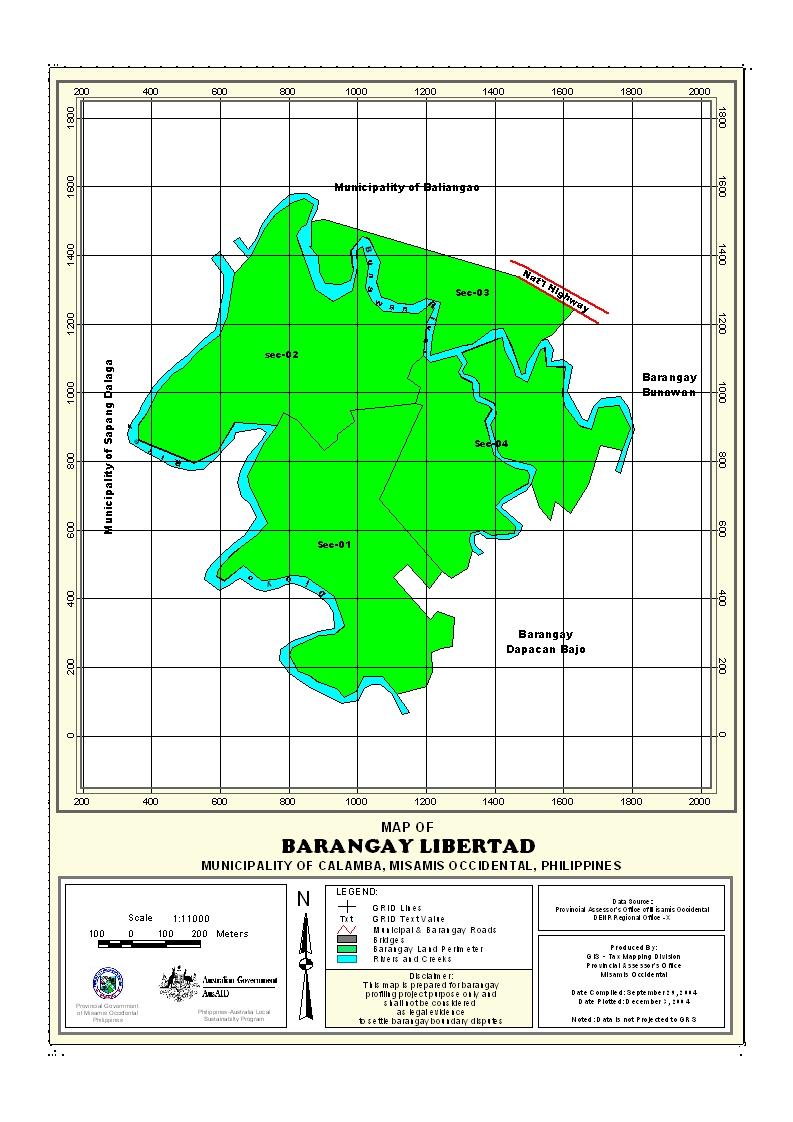 Libertad is one of the barangays in the municipality of Calamba, Misamis Occidental.  Known to have very friendly inhabitants, it is one of the peaceful barangay in town.

As a basic political unit, the grassroots of the governance, the barangay serves as the primary planning and implementing arm of the government programs, policies, projects and activities within its juridical territories.

There are 85 households residing in the barangay which comprise six (6) puroks. Each purok has an average of 14 households. Purok 3 appears to be densely populated while Purok 1 has the lowest number of residential households.

Barangay Libertad is gently sloping to undulating slope of about 3-18%. Most of its area is coconut land with some open areas planted to corn, crops and vegetables.

Libertad’s climate belongs to the fourth type with no pronounced dry or wet season. This type of climate is characterized as moist. It has an average rainfall of 2,278.7 mm throughout the year. The wettest period spreads over an eight month period from May to December, however the rain rest months are in the last quarter of the year from October to December where about 40% of the rainfall is recorded. While sparse rain showers are experienced during the remaining months. The driest months are February, March and April.

Basically agricultural, most of the barangay constituents depend solely in farming and on the coconut products as the main source of income.

About 46.80% of the total land area is used for agriculture. Only a small portion is built up areas such as residential lots and barangay government sites. The other part utilized for various uses such as roads and other land uses.