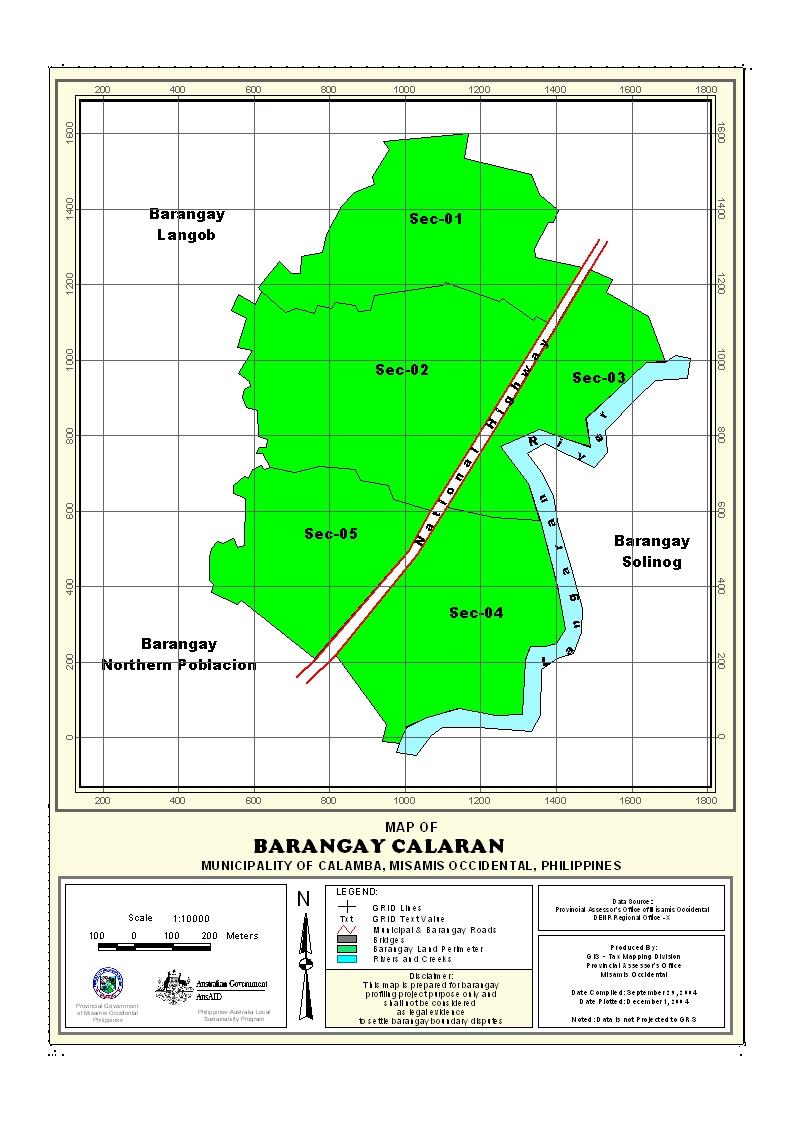 Before, barangay Calaran is part of Plaridel, a near by municipality of Calamba and it is  adjacent barangay in Northern Poblacion were name after it  under the leadership of  the elect Teniente del Barrio (w/c call now Punong Barangay Francisco Magtuba .

Barangay Calaran, Calamba, Misamis Occidental was no legislative council created of the LOCAL Government Code of 1991.barangay Calaran celebrate its fieta 15 th day of May in Honor to senior san Isidro Labrador.

Barangay Calaran is geographically located along the national highway bounded on the North municipality  Plaridel And on the Sothth Northern Poblacion by and Solinog  , and the East by  Langaran River  & West is bgy.Langub

Calaran  low elevation and almost its area are flat lowlands.  Estimated elevation of which in between the range from 75-250 meter above sea level and has a dominant slope of about 4-10%.  Most of the area is cocoland , Only 2.5 has. is institutional land area.

The Barangay  has  soil type of  clay loam. Interior portion of the barangay with bantog clay soil is devoted to lowland coconut  while those with  and clay loam are grown with  cocoland.

The Barangay together with the Municipality is the same climatic classification, wherein there is no distinct wet and dry season. The rainiest month is December while the direst month is March. is evenly distributed throughout the year.
General Land Uses

We have 30 guests and no members online