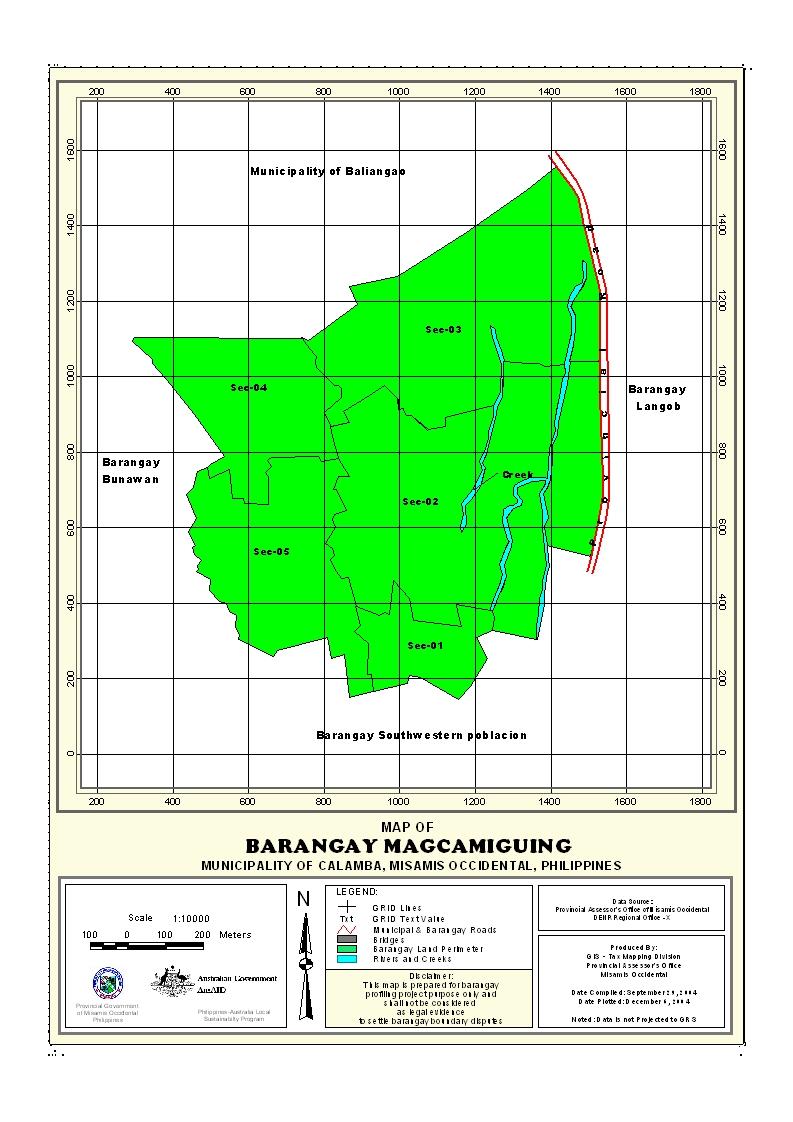 Brief History of the Barangay

Before World War II, the Militante Family migrated from the Island of Camiguin, part of Region 10 particularly the Province of Misamis Oriental and settled in an unnamed place of the Municipality of Calamba.

They loved the place so much that they named it MAGCAMIGUING, a way of remembering the former place where they came from, the Island of Camiguin. They named the place as such, because it reminded them of its climate and environment.

Magcamiguing emerged out of scratch and became a barangay in 1970 with Felicisino Pestañas as first declared Barangay Captain. During his term, Hon. Pedro b. Lorejo, then the Municipal Mayor of this town, donated a lot for the construction of their barangay hall. At the same time, Barangay Captain Felicisimo Pestañas, also donated a lot for the construction of a primary school, that was called Pestañas Primary School.

Six years after, the barangay was really very lucky, for in their vicinity, rose MISAMIS OCCIDENTAL ELECTRIC COOPERATIVE INC. I (MOELCI-1). It is the source of electrical power for the entire District I of Misamis Occidental.

The Barangay slowly moved forward with the help of some untiring political leaders and the people itself. Thus, several great events occurred which were listed below as part of its development:

Between 1982-1985, atrocities between the Philippine Army/Police and the New Peoples’ Army occurred in the area that caused the evacuation of the residents to other places for security reason.

Normalcy in peace and order situation had transpired after several efforts to pacify the situation succeeded. People started to come in and resided permanently combating the hardship in life.

Thus in 1994, thru the initiation of the late Barangay Captain Jaime Lorejo, the barangay was divided into three (3) puroks instead of the former six (6) puroks for easy identification and proximity.

Today, Barangay Magcamiguing stands proudly as one of the 19 barangays of this municipality, bearing the symbol of greatness and power as the capital source electrical power of the entire District I of Misamis Occidental.

The barangay is divided into three (3) puroks. It has one hundred sixty eight (168) households fairly distributed in the area.

The Barangay has a total land area of 3.96 sq. km. or 396 hectares, which is 3.52% of the municipality’s total land area.  It is accessible by all means of transport vehicles and will only take 5 minutes to reach the area.

Barangay Magcamiguing is a land-locked barangay with 80% of the area are agricultural land, mostly planted with coconut trees.  The terrain is characteristically flat with a 15% undulating slopes near its boundaries.

The soil type of Barangay Magcamiguing is classified as Guimbaloan Clay Loam.

About 80% or 316.80 hectares of the total land area is used for agriculture. 77.20 hectares or 19.5% are used for build up areas for residential and other various uses. .5% or 2 hectares are government area for open dumping site for waste disposal.

We have 22 guests and no members online