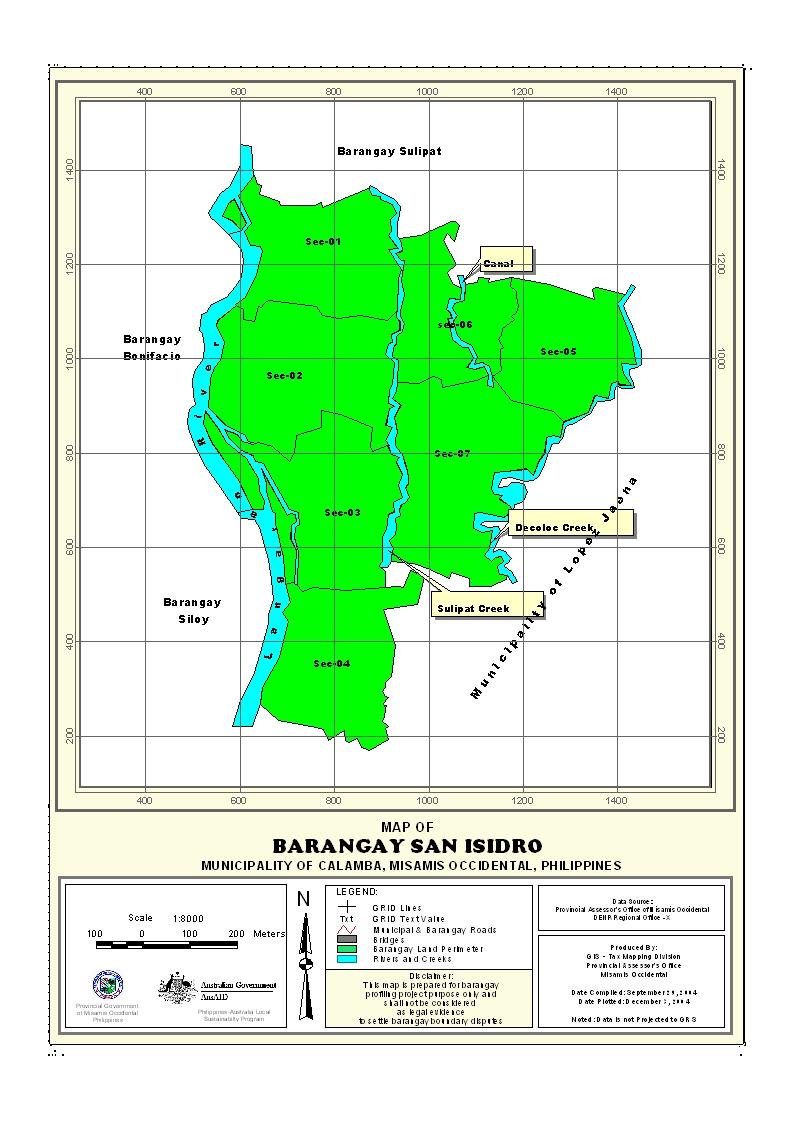 A long time ago, before the Second World War, sometime in 1930s, this barangay was called Setio Tabon-Tabon and a part of Barangay Sulipat under the Municipal territory of Plaridel Misamis Occidental.

Then after the World War II, Setio Tabon-Tabon was separated from Barangay Sulipat and became Barangay thru the struggled of MR PABLO JAYO who became the first teniente del barrio at the time. Later on, Setio Tabon-tabon called Barrio San Isidro in Honored to Saint Isidore, the patron saint.

There was no available data in the barangay as will as in the municipality as to the exact date and legal basis as to the creation of the barangay.

As to the other cultural and social activities of the barangay, the fiesta celebration every 17th day of May where in coronation of Miss San Isidro and the Disco’s are the highlight of the celebration and a colorful costumes for the presentation per purok. Competitions of various ballgames and parlor games are being conducted. This is all in Honored to Saint Isidore.

Barangay San Isidro is an upland barangay, located along the National Road from Poblacion Calamba to Oroquieta City mountain road. It passes barangay Sulipat and more or least 7 kms. away from the town proper. It takes fifteen (15) minutes to travel by vehicles and almost one (1) hour to travel by walking.

San Isidro is bounded on the east by Burgos of Lopez Jaena, south by Bagong Silang of Lopez Jaena again of Misamis Occidental, west by Langaran river and on north by Barangay Sulipat.

After the World War II, Setio Tabon-Tabon later on change its named to san Isidro, with boundaries mentioned-above. San Isidro was divided into four Puroks, Purok I,II,III& IV and has two setios called Setio Burgos and Setio Quibol. There was no available data as to the exact date and or legal basis as to the creation of the said barangay.

Barangay San Isidro has a combination of hilly and a rolling terrain. Hilly is along the river bank of langaran. Sloping categories varies from 8%-18% or moderate sloping to slightly rolling to 18%-30% or strongly rolling to rolling and a portion of that is can be easily eroded. As to the land classification it is classified as an agricultural area and that the residential area is a component to agricultural area.

There are two soil types present in the municipality, the Castilla Clay Loam and the Guimbaloan Clay Loam. But Barangay San Isidro soil type belongs to guimbaloan clay loam.

Climatologically elements that have direct impact on agricultural production are rainfall and a typhoon.

Calamba’s climate belongs to the fourth types with no pronounced dry and wet season. Rainfall is fairly distributed throughout the year. Rainiest month is in the last quarter of the year from October to December. The driest month is from February, March, & April.

San Isidro is one of the rural barangays of the municipality and as to the general land uses it is an agricultural area, where residential area is a component to agricultural area. But based on the data gathered, there are 98 number of household in the barangay and that out of 98 household only 96 had its owned housing units. With that, the area requirement is 4.90 has. , this is based on the standard housing requirement of 500sq. mtrs./housing in the rural areas.