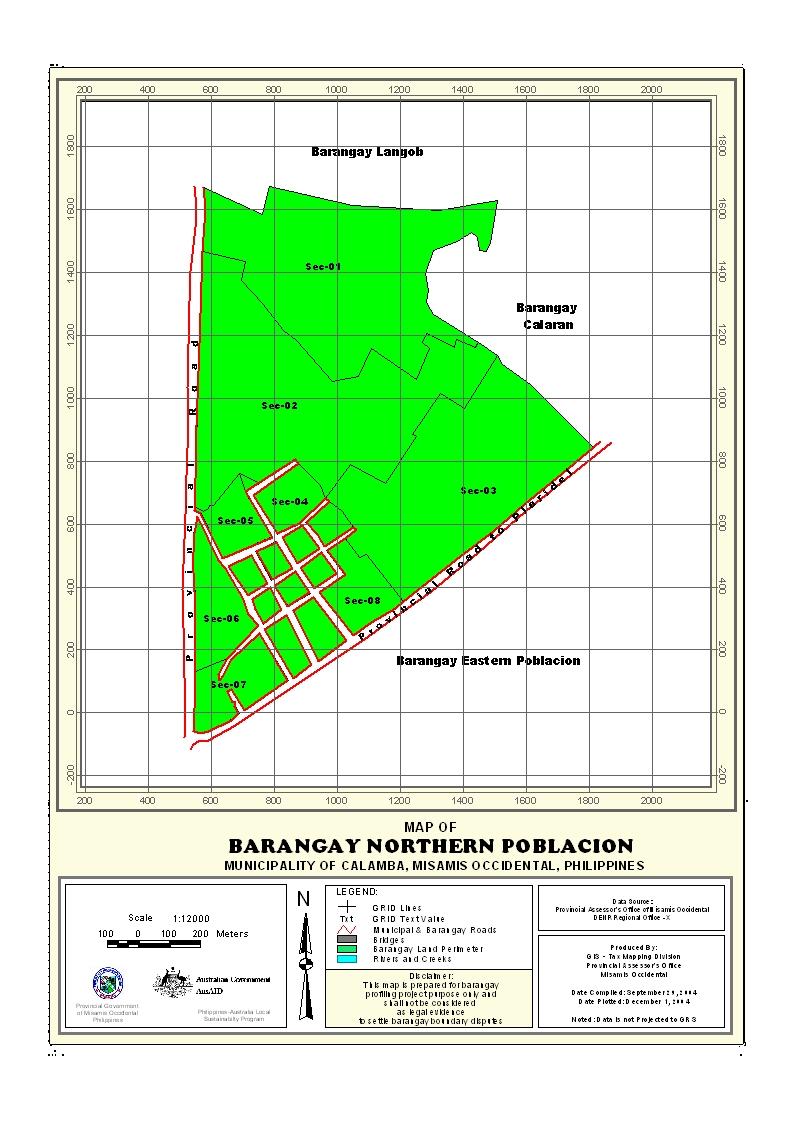 Northern Poblacion has a total area of 1.5567 sq.km. or 155.67 hectares. It is approximately 0.14% of the total land area of the municipality. The said barangay has no area delineated under the Strategic Agricultural and Fishery Development Zone (SAFDZ).

Northern Poblacion is approximately 100 meters above sea level. It has a relative slope of 0-3%. Most of the areas are residential and commercial. Other areas are considered component areas to agricultural, non-agricultural, and industrial.

The barangay has soil type of guimbaloan clay and clay loam. The areas which are not highly populated are grown with coconut, root crops and fruit trees.

Barangay Northern Poblacion belongs to the fourth type of climate with no pronounced dry or wet seasons. The wettest period spreads over an eight-month period from May to December, however, the rainiest months are in the last quarter of the year from October to December when about 40% of the rainfall is recorded. The driest months are February, March and April.

We have 12 guests and no members online