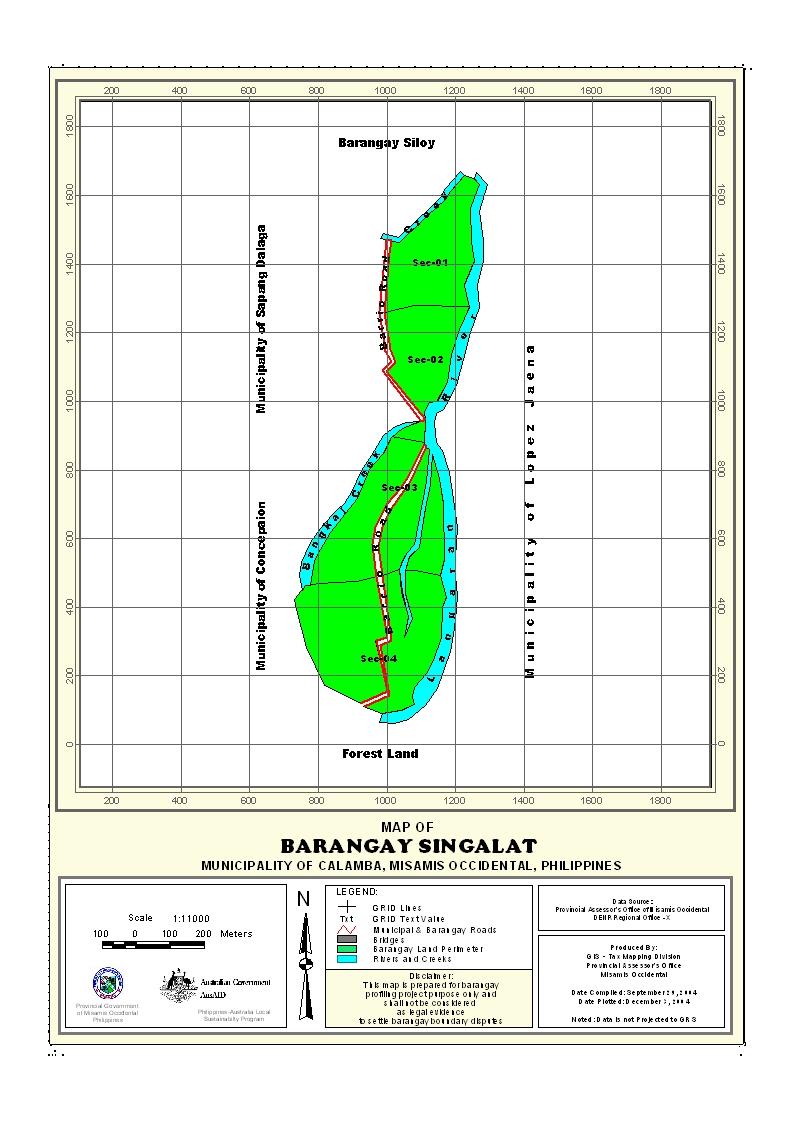 Barangay Singalat is a hinterland,a remote barangay of the Municipality of Calamba, Misamis Occidental. It was formerly known as Sitio Bagakay, part of Barangay Siloy, the adjacent barangay of Singalat.

The term “Singalat” is a Subanen word which means that “people are carrying basket on his shoulder” and the term “alat” means basket. People in Singalat used to make baskets to put in their harvested farm products for family consumptions.

Barangay Singalat is geographically located in the southern part of the Municipality of Calamba. There is a lowland part in the area but most part of the barangay is hilly and mountainous.

There are three puroks that surrounded the whole area of Barangay Singalat. Purok 3 has the greatest number of population which is 125 compared to Purok 2 which is 100 and Purok 1 has 73.

Barangay Singalat has a rolling terrain and outside the country’s typhoon belt. The land is classified as agricultural.

Its soil is suited for agriculture. The lowland part of the barangay is along the river while the mountains are also fertile land. Its soil type is Castilla.

Barangay Singalat has no pronounce dry and wet season. Rainfall is fairly distributed throughout the year.

We have 25 guests and no members online