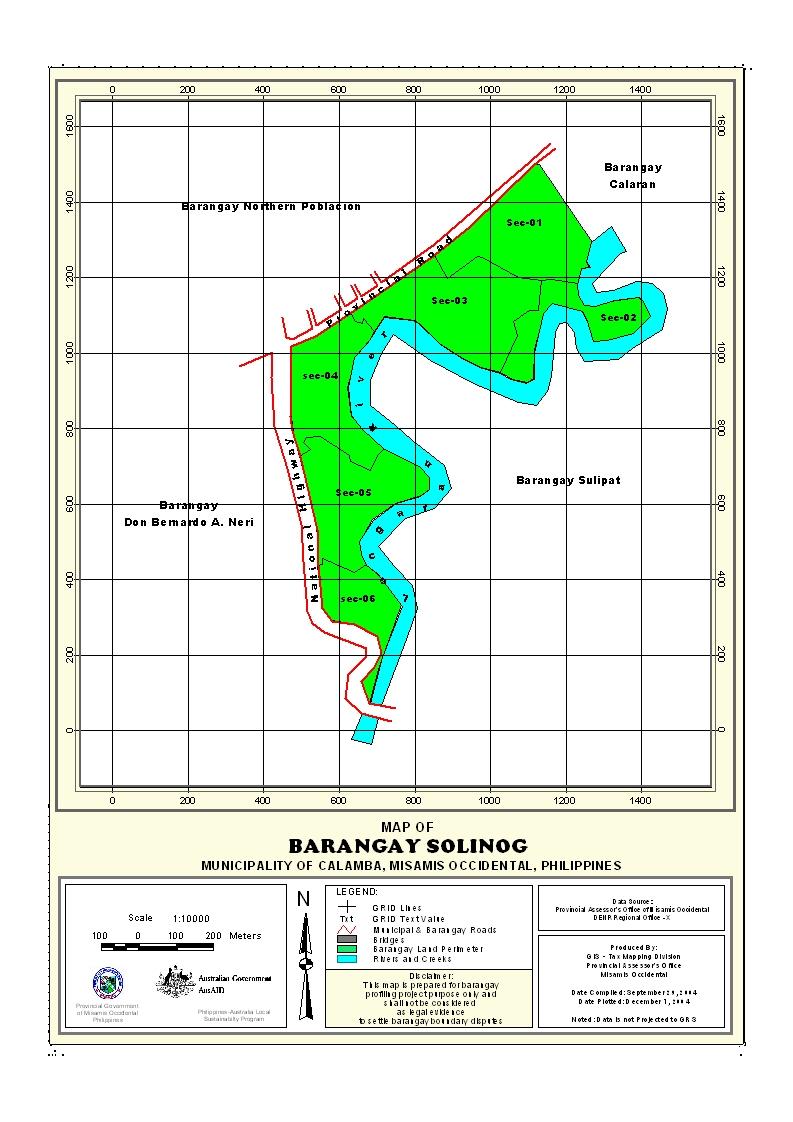 Calamba was formerly called SOLINOG, a part of the municipal territory of the Municipality of Plaridel, Misamis Occidental. Being the fastest growing barrio, it was separated from the Municipality of Plaridel and became independent on February 1, 1948 and it was inaugurated into municipality on February 14, 1948. Calamba Poblacion barangay was divided into two, the Eastern Poblacion and Western Poblacion. Then in the mid-60’s, during the time of Hon. Lorenzo de Guzman, Municipal Mayor, the two Poblacion barangay were again divided in four, namely;


Barangay Solinog got their name from the original named of the Municipality of Calamba. Solinog, a named after a deep bankrill located at the eastern part of the barangay where langaran river flows.

There was no available data in the barangay as will as in the municipality as to the exact date & legal basis for the creation of the barangay.


As to the other activities of the barangay, the Araw Ng Solinog is celebrated every 4th day of July. Selection & Coronation of Miss Araw Ng Solinog are the highlights of the celebration and the colorful costumes per puroks during the parade around the town. Competitions of various types are being conducted.

In the mid-60’s, Solinog was became barangay of Calamba, with boundaries mentioned-above. Solinog is divided into four puroks, Purok I, II, III, & IV. There was no available data as to the exact date and legal basis as to the creation of the said barangay.

Barangay Solinog is one of the 19 barangays of the Municipality of Calamba, has an estimated land area of 3.337126 sq. kms or 333.71 has. , distributed to the four puroks  and it is more or less 3% of the total land area of the municipality.

Barangay Solinog has a combination of hilly and a flat terrain. Hilly terrain is along the bank of Langaran River. Sloping categories as to 3%-8% gently sloping to undulating slope. As to the land classification, it is classified as residential, commercial and agricultural areas.

There are two soil types present  in the municipality, the   castilla clay loam and the guimbaloan clay loam.

Climatologically elements that have direct impact on agriculture production are rainfall and typhoon.

Calamba’s climate belongs to the fourth type with no pronounced dry and wet season. Rainfall is fairly distributed throughout the year. Rainiest month is in the last quarter of the year from October to December. The driest month is from February, March and April.